How To Make “The BIG RED” Hot Sauce PART 1

Paul Ford and his wife, Tasia, the owners of Big Reds Hot Sauce have always been known for bringing the full flavor of hot sauces with the heat you love! With over 11 different sauces and growing, they are known for creating some of the best sauces youll ever taste.

The couple was on their way to make waves with their 12 state Flavor Tour. This tour included hot sauces expos and competitions to spread the name of Big Reds Hot Sauce across states such as New York, North Carolina, Oregon, California, and New Mexico just to name a few.

This tour alone was set to take Big Reds Hot Sauce to the next level. Then the pandemic hit, and the primarily customer-facing business was threatened. However, Paul had other plans and quickly pivoted to change the scope of the business. As a manufacturer, he saw opportunities to help not just his business, but others like his own. He was able to use his manufacturing skills and knowledge and equipment to create a new revenue stream.

With the funds he earned, he invested in marketing to increase online orders. He even caught the attention of hip-hop mogul Master Pand appeared on Master P Reviews where he received high praises for his sauces particularly the Blackberry Rum Smother sauce and his Sweet and Spicy Prickly Pear Almonds. From that point forward, Paul began working around the clock and refused to take no for an answer.

The Man Behind The Brand

If youre familair with Big Reds Hot Sauce, then youve probably heard the story of Pauls love for gardening and being the cook of the family! You may even be familiar with the assignment to Afghanistan where he had the honor to drill water wells for our troops, that led to a new perspective on the American Dream.

Although these facts have contributed to the success of Pauls full flavored hot sauces, Paul attributes the success he has had to something much deeper.

As the son of a pilot in the Marines, and a college instructor, education and discipline was inevitable. By the age of 13 he lost his father and he and his brothers would be raised by their mother. For a time, money was low and stress was high and the temptation to take an easier route was always present.

Growing up in Philly, Paul started to head down the wrong path. It wasnt until he witnessed many young men and friends his age in prison or worse that he decided he wanted better.

The Dillon Town Center is home to many Summit County businesses. It provides services, dining, and entertainment opportunities within walking distance from Lake Dillon. The Dillon Ridge Marketplace on Highway 6 is a mix of local and national chain businesses offering entertainment, restaurants, retail, and services. Full listings of businesses located in the Town of Dillon can be found in the Business Directory below.

Have a Business in Dillon or looking to start one? Submit your information for an online listing here

It Was Never Just About Sauce

Big Reds Hot Sauce is a family owned company, based out of Phoenix, AZ. Established in 2011.

We wish we could tell you that we always wanted to do hot sauce, and that the recipes are 1,000,000 years old and, have been passed down from generation to generation, but..thats not how this story goes.

Hot sauce was an unlikely field for husband and wife team Paul and Tasia Ford. Paul worked on the road as a driller, while Tasia worked for a University. It wasnt until Paul would be sent to Afghanistan for work that he would see life differently. Paul had the privilege to drill water wells for our troops, and see life from a new perspective. He realized how blessed we are to live in such a great nation where dreams come true. He was forever changed and inspired. It was then that we decided to go for it!

We believe that life should be lived, talents should be shared and that good things are made great when you have people to share them with.

We believe in the American dream! We believe in small businesses, job creation, and empowering people to do what they love. We left the comfort and security our jobs provided us for an opportunity. With no guarantee for success, all we had was our faith and an idea that we believed in. 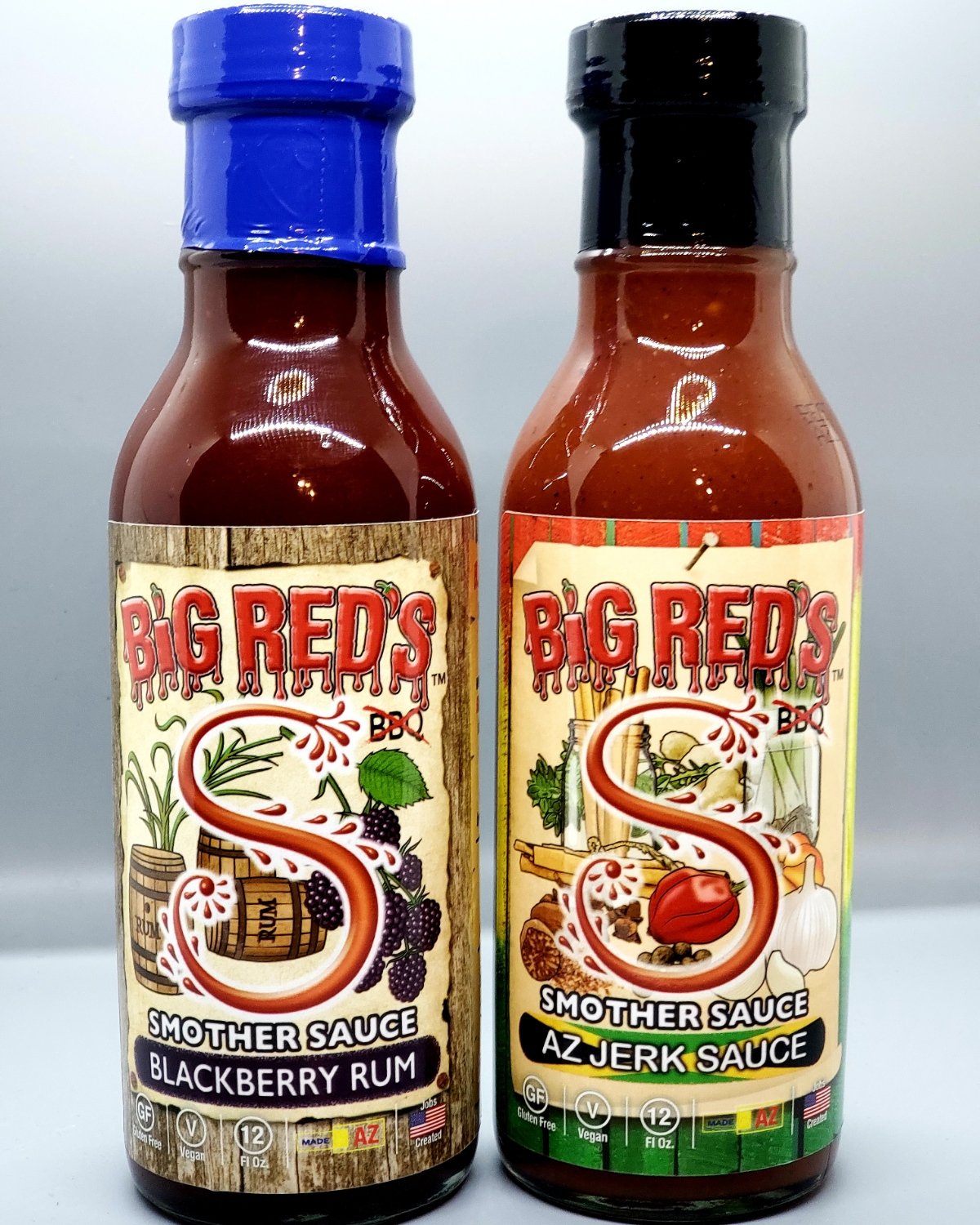 I had a whole bunch of overgrown peppers and all kinds of ingredients and I came up with a sauce and I decided, lets try out hot sauce, and I gave a bunch of sauces out, said Paul.

Turns out that decision has led to quite the hot streak for the husband and wife lead venture. Family, friends, and coworkers couldnt get enough. So Paul and his wife Tasia jumped into the fire headfirst, cashing in their life savings and ditching the nine to five.

I found out she was pregnant with our first child after I started the company, said Paul.

Its scary of course because we found out oh were having a baby and you know you left your six-figure income and now youre gonna do hot sauce, said Tasia with a laugh.

I had to make it work, she trusted me, stood by me, said Paul.

The anxiety wouldnt last long. Hot sauce competitions across the country would soon follow and so did the accolades. Now ten years in, eleven flavors, and a half a million bottles later, Forbes Magazine has named the company and its owners to its next 1,000 list.

Hot Ones Hot Sauce Where To Buy

What Hot Sauce Does Popeyes Use