The label on the Original Cayenne Pepper Sauce bottle shows these ingredients:

This is a relatively short ingredient list compared to what goes into some other sauces. Note that there are no preservatives or thickeners listed. For more information on the nutritional value, take a look at our post on Franks RedHot nutrition.

Franks RedHot has been making hot sauce since 1964. While the company now has a sizable line that includes a variety of hot sauces, the best-known one is still their Original Cayenne Pepper Sauce. Not only is it a versatile flavoring for a vast range of different foods, but it is also the main ingredient in the first ever buffalo wing sauce created at Anchor Bar and Grill in Buffalo. In order to get a better understanding of what makes this hot sauce so iconic, we should take look at what goes into it.

Frank’s RedHot Sweet Chili Hot Sauce is a pulpy and zesty sauce made with fresh chilies. This fusion sauce is a slightly sweet, full-bodied alternative to traditional hot sauces. Try it as a marinade for your favorite protein or over cream cheese for a tasty dip.

This authentic sweet, tangy, and spicy sauce delivers a perfectly balanced kick to your signature recipes. With eye-catching, robust bits of authentic Thai Chilis and a touch of garlic, Frank’s® RedHot® Sweet Chili® Sauce is a perfect way to add on-trend Asian to your menu. This versatile sauce is great as a base ingredient for creating delicious dips and dressings, for marinating and grilling, or as a glaze for appetizers. Perfect to use for dipping sauce, glaze, stir-fry, or salad dressing. 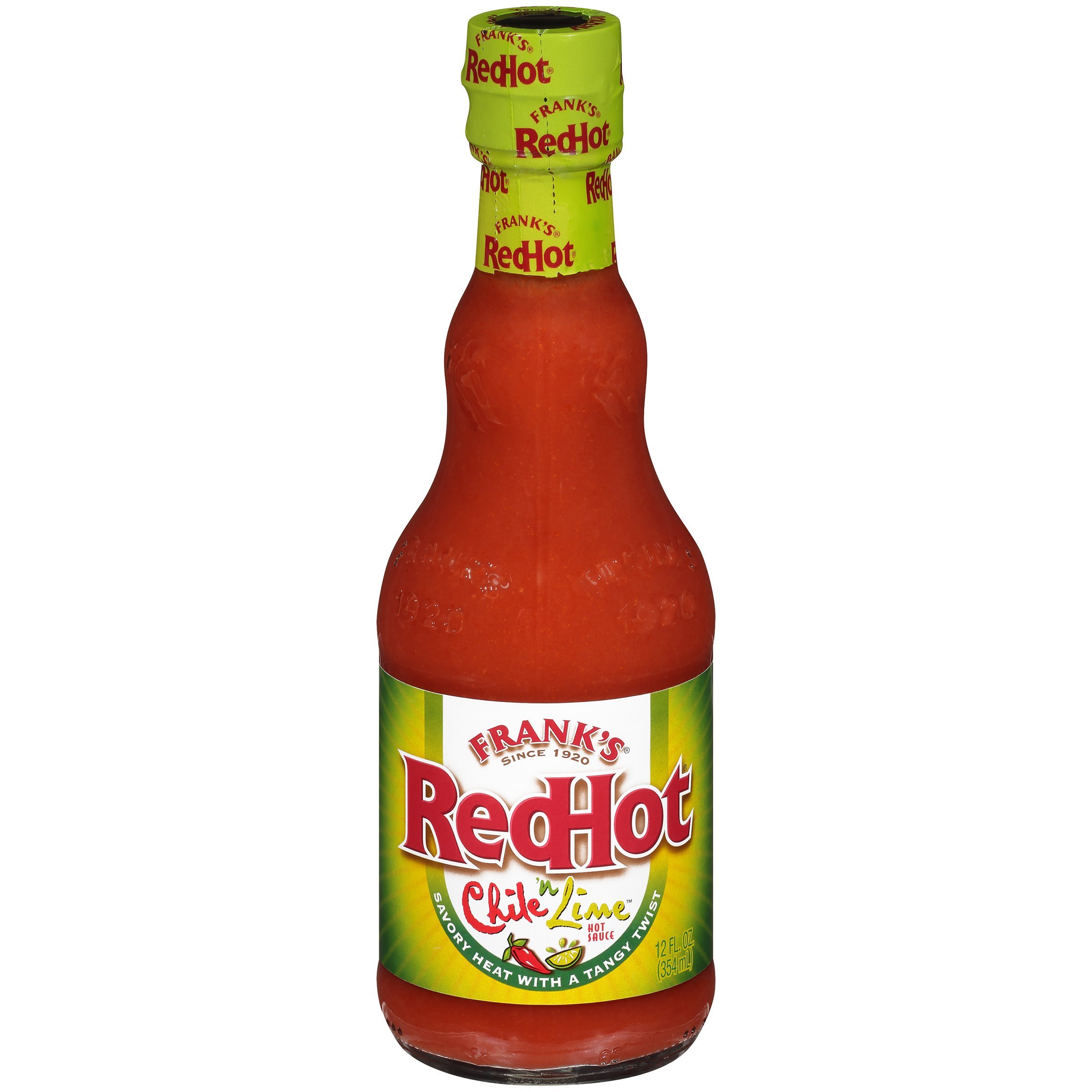 While some Franks RedHot sauces do have preservatives like sodium benzoate, the Original Cayenne Pepper Sauce does not. The reason is that vinegar, as well as salt and cayenne peppers, all have preservative qualities an additional preservative is not needed. The only thing left to preserve would be garlic powder, which is not as much of a risk of going bad. You do not even have to refrigerate this hot sauce however, Franks does suggest that you do so to keep it fresh for longer.

The Other Ingredients In Franks Redhot Cayenne Pepper Sauce

After cayenne peppers, the next ingredient is vinegar. Most hot sauces contain vinegar, though not all do. It serves as both a preservative and a flavor enhancer. Water is after this and can be used to thin the texture without having too much of an effect on flavor. Next, we have salt. Franks RedHot contains 190 mg per serving, which means that it does not have the lowest salt content among hot sauces however, there sauces with considerably higher levels. Finally, there is garlic powder. Many hot sauces neglect additional spices, with the makers preferring to focus on the heat. Franks offers heat along with a flavor that pairs well with pretty much every food for which you would use hot sauce.

Franks Red Hot brand hot sauce is a Louisiana style bottled hot sauce based on cayenne peppers. It is often claimed to be the sauce used in the original Buffalo Wings sauce.

The sauce originated in Louisiana in 1918, but was sold to Durkee Famous Food, Inc. in 1977, and then sold to Reckitt Benckiser in 1995. The brand now has eight flavors, including a pre-made Buffalo Wings sauce. The original is one of the best selling hot sauce brands in the U.S.

The sauce was created by Jacob Frank and Adam Estilette. Frank worked for the Spice and Tea Company in Cincinnati, Ohio and contracted Estilette, a Louisiana Farmer, to grow cayenne peppers to make a sauce based on a secret recipe of Franks that used peppers, garlic, and spices.

Its most famous moment is claimed to have come in 1935, when Teressa Bellissimo of the Anchor Bar and Grill in Buffalo, New York, used it as the base of a sauce she created for chicken wings the Buffalo Wings sauce. Many others have laid claim to being the originator of the Buffalo wing, however.

Some of you are still worried that consume hot sauce can has bad impacts on your body, but we make sure that is wrong if you purchase a high-quality product. You should watch this how to make spice hot sauce to ease you concerns right below:

When you read this article, we know you have trouble choosing the best eagle spice hot sauce gallon for you and your families. Therefore, we not only have this list of the best hot sauce accessible on the established market we also have some notes for you to consider before buying any products.

With these insights and suggestions we have achieved all in our ability, but it is important that you consider your own study on Hot Sauce that you plan to pick. Maybe the above is your doubts:

We are persuaded you probably have several concerns about Eagle Spice Hot Sauce Gallon, we recommend you read on reliable internet sources as much as possible such as shopping guidelines, ranking services, internet forums, and customer feedback, and so on.

A comprehensive and careful investigation of the best Eagle Spice Hot Sauce Gallon is essential for you. We offer a guideline to the purchase the best choice, you can base on these note below to do you own research:

According to the company, the Xtra hot version of Franks Red Hot is four times as hot as the original. If the Scoville Heat Unit rating of the original is 500, then this would make the Xtra hot 2000 on the Scoville Scale. However, it is given as 2085 on both chilliworld and wikipedia, with no explanation. It is safe to say that it is something like a mild jalapeno or a hot poblano.

Frank’s RedHot Original Cayenne Pepper Sauce is made with a premium blend of aged cayenne peppers that add a kick of heat and a whole lot of flavour to your favourite foods. It’s hot sauce that always delivers flavour with the fire. The great taste of Frank’s RedHot® made it the secret ingredient in the original Buffalo wings created in Buffalo, NY in 1964.

Cayenne peppers are believed to be from French Guiana, specifically from the cayenne region of that South American country. On their own, these peppers offer significant heat , though the sauce certainly dilutes this to a much more mild level. The original Franks RedHot, in fact, only tips the scale at 450 SHU, while the XTRAHOT version ramps it up to 2,000 SHU, or about the heat of a milder jalapeño pepper.

Aged cayenne peppers are cayenne peppers that have been fermented. Fermentation has been used as a way to preserve hot peppers since the 17th century when European colonizers transported it around the world however, it is likely that early Central Americans did this as well. Fermentation can add a good deal of complexity and depth to the flavor of cayenne peppers.

As hot sauces go, Franks Red Hot isnt exactly red hot. Many others are at least as hot as a jalapeno, at over 2000 Scoville Heat Units, while other modern sauces come close to 100,000 SHUs. but Franks comes in at around 400 to 500 on the Scoville heat scale. This is often given as 450. It is nowhere near as hot as the cayenne peppers it is based on, which are 30,000 to 50,000 SHU. It is important to realize, however, that many of todays ultra hot sauce brands, such as Daves Insanity, and others, were created for not other reason than to be as hot as possible. When a sauce becomes this hot, flavor no longer really has anything to do with its consumption. Its about bragging rights. So dont fault Franks Red Hot for not being hot enough. Its plenty hot for everyday use, and it has a good, classic flavor. 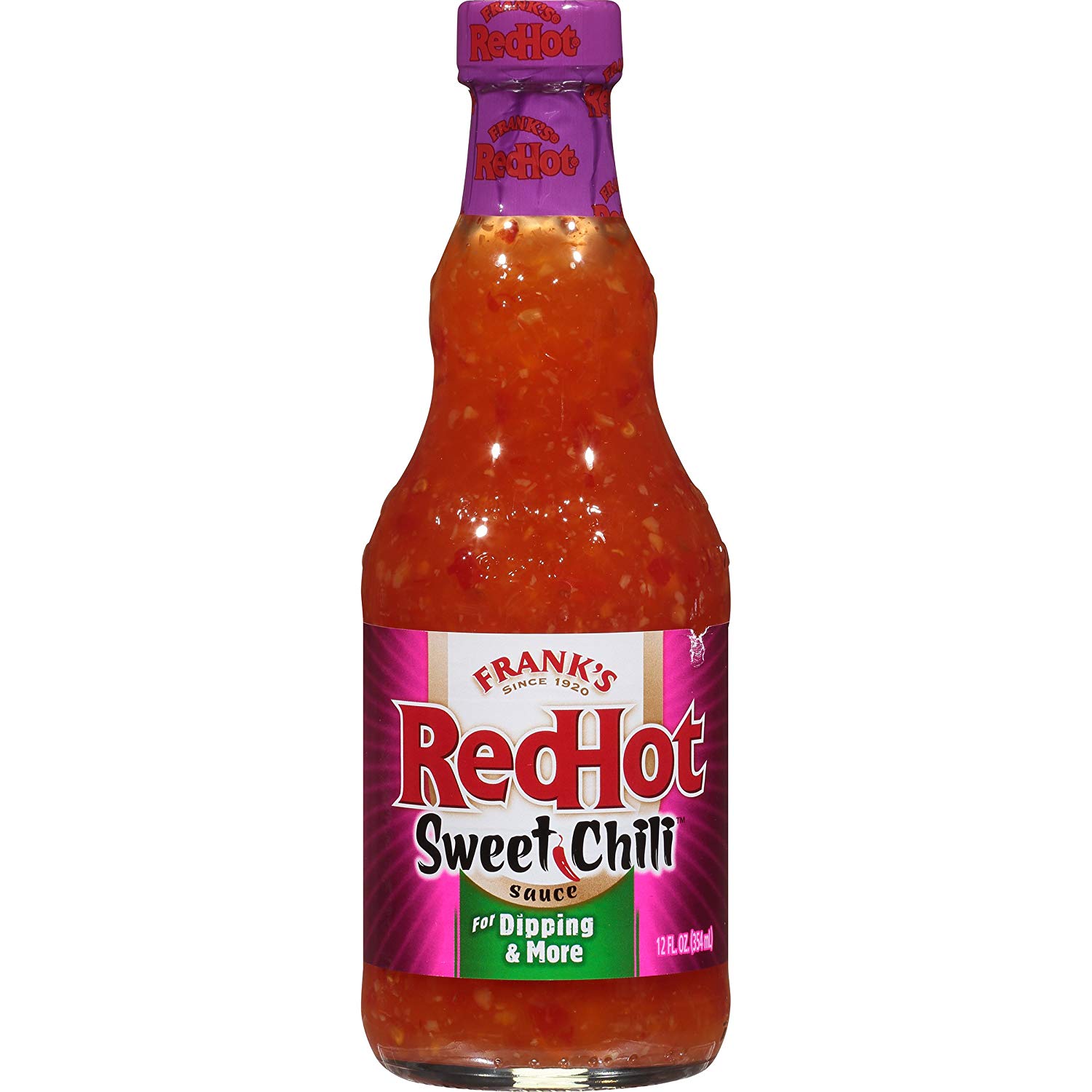