Until recently, you probably would have balked at the mere mention of a white BBQ sauce. Unless, of course, you hail from northern Alabama, where its the BBQ sauce. In the past few years, however, Alabama white BBQ sauce has been all the rage, receiving plenty of press and lots of love. This tangy mayonnaise and vinegar-based sauce goes great on chicken, but can be used on just about any meat. And if youre going to try Alabama White Sauce, it might as well be from Big Bob Gibson, who is credited with creating it.

When it comes to BBQ sauce, taste isnt everything. Okay, fine, it is the main thing, but there are times when appearance also matterslike when youre presenting food to judges at competition. Slabs Amazing Glaze doesnt just taste fantastic, it looks incredible. A finishing sauce, it has a nice blend of savory and sweet flavors and leaves a nice sheen, so your food looks as good as it tastes. Try it on ribs at your next comp and youll see what we mean.

Champion pitmaster Chris Marks created Three Little Pigs BBQ sauces and rubs to reproduce the flavors his familys BBQ team had been using for years and to bottle some of the mojo that won him 8 American Royal Grand Championships and the Jack Daniels BBQ Sauce Championship. This tomato-based Kansas City style sauce has a great blend of sweet and spicey with a hint of smoke and is one of our most consistent go-to BBQ sauces.

Crazy Mooskies is a Canadian made, all-natural barbecue sauce. Sweetened with stevia extract, its a great sauce for those who are trying to live a healthier life. At only 5 calories per 2 tbsp, you can add a bunch of flavor to your food without having to worry about all the sugars from the sauce. This sauce wont burn as quickly since it has no real sugar in it, so you can apply this sauce a bit earlier than you normally would. 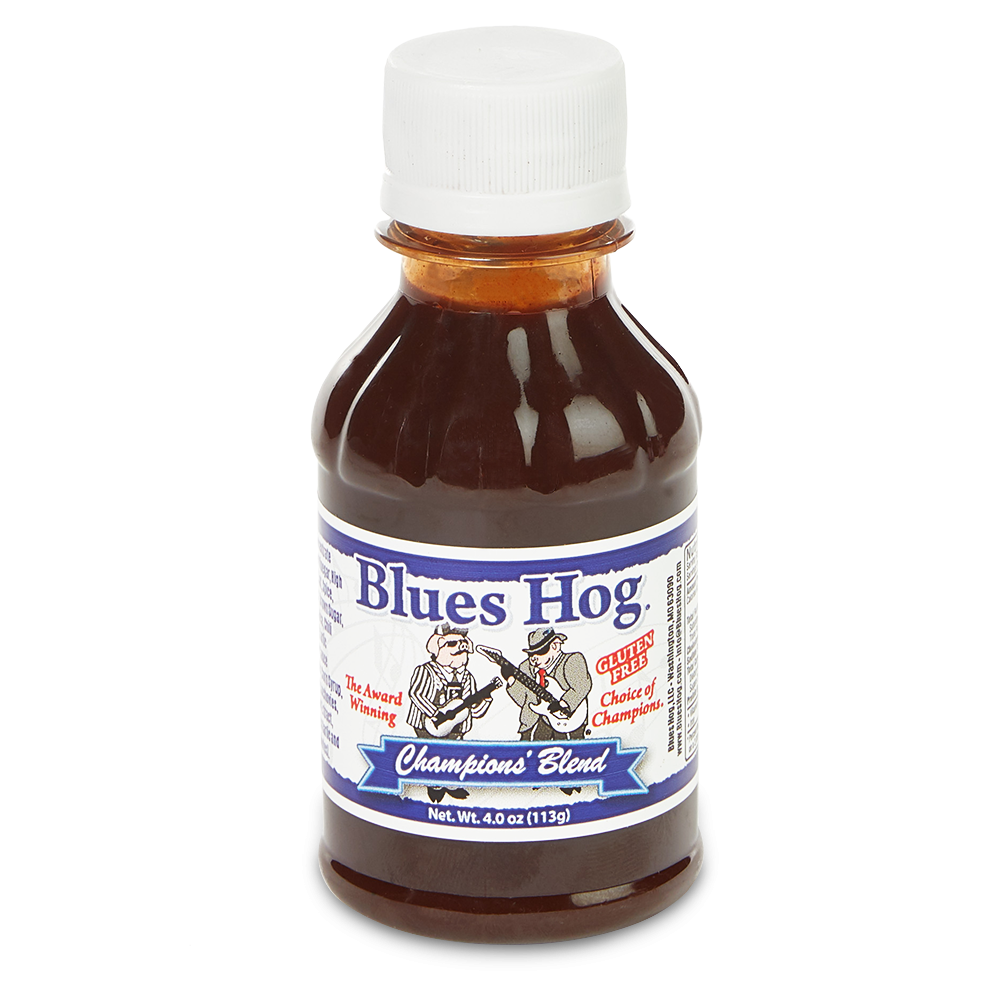 Because were nice, when our newest hire started, we handed him a sample of the new Head Country Chipotle sauce. He wouldnt shut up about Head Country, which isnt surprising, since everything we carry is better than anything youll find at a grocery store. What was unusual is that two months later, he still wouldnt shut up about this sauce. Turns out, the new guy was onto something. Perfectly balanced with just the right amount of heat, and a great price tag to boot, its become the go-to sauce for most of the office. You might think the lesson here is to listen to the new guy. Its not. The lesson is: Dont give the new guy the good stuff keep it for yourself.

Its a fact: When you say BBQ, most people think of BBQ sauce. Not rub or smoke or that oh-so-delicious bark. Even respectable restaurants and foodies fall prey to the notion that almost anything can be made BBQ by simply adding BBQ sauce. Need proof? Look no further than the glut of recipes for BBQ Pulled Pork that are made in crock pots. Or BBQ ribs baked in the oven. The only thing remotely BBQ about either is the addition of sauce before serving.

Still, even if the public at large is mistaken in its belief that sauce is what defines BBQ, theyre not wrong for loving it. Or, to put it another, if slightly less original way: If loving BBQ sauce is wrong, we dont want to be right. Because, really, whether you use it for marinating or glazing, dipping or dressing, coating or covering, it makes almost any food better.

One of the best things about BBQ sauce is that it isnt just one thing. There are as many styles as there are regions of the countryfrom the vinegar-based sauces of North Carolina to the spicy mustard-based style enjoyed in South Carolina and the sweet and tangy tomato-based Kansas City sauces most people are familiar with. And, the more open you are to trying them, the more uses youll find for BBQ sauce.

To call this a Carolina mustard sauce would be misleading, since it doesnt have the same vinegar backbone. It doesnt really matter, though, because its delicious. Bone Suckin makes their mustard sauce in two flavors. The original Bone Suckin Mustard uses brown sugar and molasses to add sweetness and balance the mustard. It works great on everything from sandwiches and burgers to sausage and chicken, and also makes one heck of a dipping sauce. The Sweet Spicy Mustard uses real jalapenos to add a healthy dose of heat thatll give you the sniffles.

Blues Hog Champions Blend Barbecue Sauce provides the most sought after flavor profile on the competition circuit and is the secret to serving up Grand Champion Que! Consider this sauce the trifecta as it takes all the great flavors from our existing line and beautifully transforms it into a ready-to-use flavor that is blended to perfection. Champions Blend offers that amazing sweet heat, a touch of smoke, and a bit of zest to give you that award-winning bite. Used on the circuit, it has already received 1st place calls including several perfect 180s! Champions Blend is GLUTEN FREE.

Sticky and sweet with a unique blend of spices, Blues Hog Original is a favorite on the competitive BBQ circuit and easily our best seller. Theres truly nothing like it. For years, people mixed the Original with Tennessee Red, a zesty vinegar and pepper based sauce. It became so popular that Blues Hog created its own version, Champions Blend. If all that has you confused as to which Blues Hog sauce to get, try the Blues Hog Gift Set, which includes a pint each of Original, Tennessee Red, Smokey Mountain, and Honey Mustard, as well as a small bottle of Dry Rub.

Stubbs sauce is an American classic, its a tangy, sour sauce mixed with just the right amount of spices. Its an American made, gluten-free, non-GMO food product that tastes amazing on an assortment of grilled meats. Its made with all-natural ingredients, doing away with corn syrup and using real cane sugar instead. The sauce is a thinner sauce, which makes it great for glazing chicken or ribs.

Its your classic Texas style sauce and you can see the pieces of garlic and pepper in it. Call me crazy, but I love putting this stuff on my mashed potatoes. Its tangy, tart taste will leave your mouth watering for more. If you like spicy sauces, this is a really good base sauce that you can add an assortment of peppers and spices too.

The Winningest Sauce On The Planet

Blues Hog has won more awards than any other commercial sauce on the market and has been deemed “The Award Winning Choice of Champions” by BBQ pitmasters, top chefs, and restaurateurs around the world! 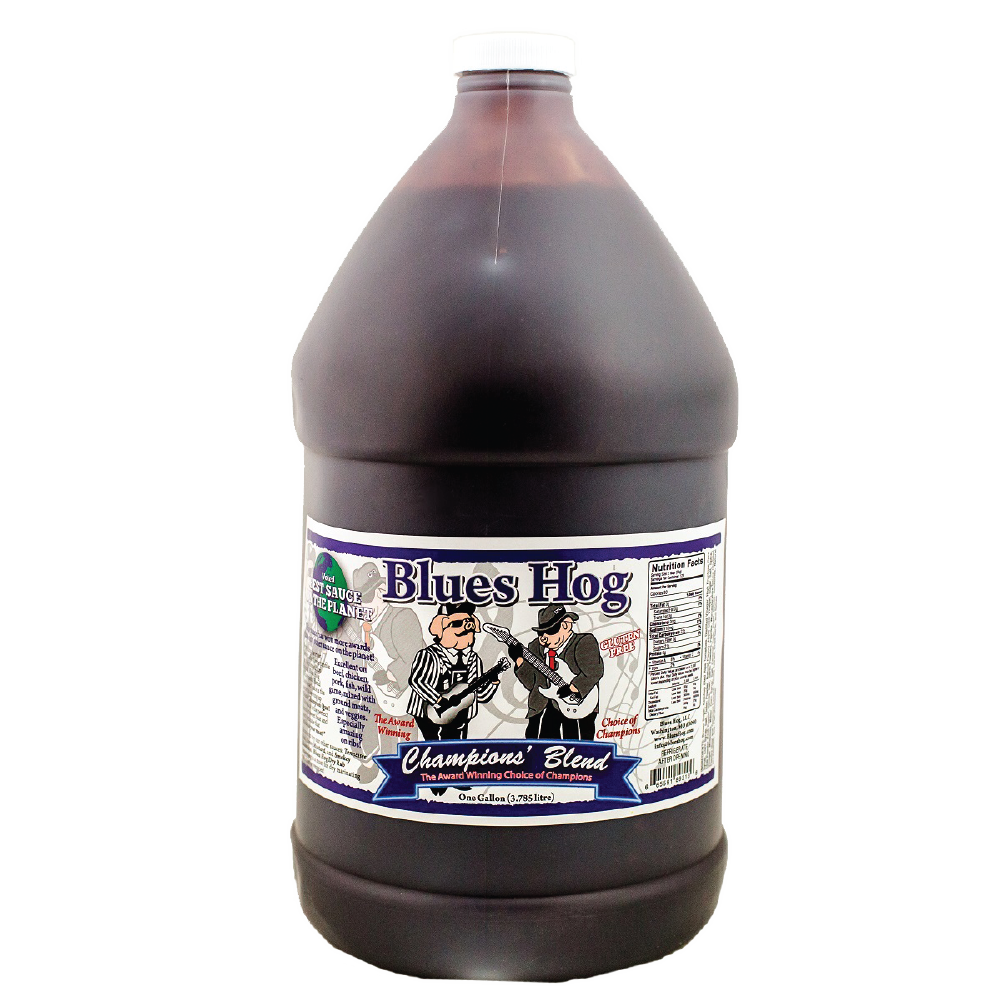 This sauce combines everything people already love from the classic Blues Hog sauces and combines it into a single sauce that is ready to snag calls and receive Perfect 180s.

Brothers Malcom and Waylon Reed may not share all the secrets to their success, but theyre willing to share their killer sauce. Named for their championship BBQ team, this is one of those reach-for sauces. A fantastic blend of tangy and sweet with a little bit of heat, once you try it, youll always want some on hand.

Breakfast will never be the same. This plate is so good, I enthusiastically encourage beer for breakfast! It is 5 oclock somewhere. And its out of the box. Beer Infused Peach French Toast with Ricotta and Blues Hog Champions Blend BBQ Sauce is delicious!

If beer wasnt good enough, dont forget to drizzle on the barbecue sauce, the tangy zing brightens up the plate. And truthfully, this dish is so good, you can enjoy Beer Infused Peach French Toast with Ricotta and Blues Hog Champions Blend BBQ Sauce ANY time of the day!

Dad obviously loves this dish, but can you imagine what the chatter will be around the brunch table? The beer provides a nice rounded undertone that offsets the sweetness of peach. This dish is already a favorite in our house and even with the kids!!!

Are you a zythologist? Your love of beer may be something more, when you study beer. Understanding the brew process, ingredients, styles, history and beer pairings might actually be your true calling. Plus, you can say you study zythology, which sounds pretty smart.

Your question might be answered by sellers, manufacturers, or customers who bought this product.

Please make sure that you’ve entered a valid question. You can edit your question or post anyway.

Blues Hog Barbecue Sauce is a Gourmet Sauce made from all natural ingredients, and its sweet, yet spicy, flavor enhances the taste of all meats prepared on the grill or in the kitchen. Great on chicken, pork, fish, wild game, mixed with ground meats and veggies. Especially amazing on ribs! GLUTEN FREE.