This Is Sweet Baby Rays Most Underrated Bbq Sauce

Americans like barbecue and all the sauces that make this meal so finger licking good. In 2019, 8.82 million Americans used at least 4 bottles of the sweet and savory sauce we brush on our barbecue meats as they grill . And among those brands we purchase, Sweet Baby Rays barbecue sauce consistently ranks on lists of best barbecue sauces. Just do an internet search and you will find that food sites like Delish, Taste of Home, and the Kitchn, to name a few, rank the original flavor among the best. And itâs easy to understand why.

Sweet Baby Rayâs barbecue sauce got its big break when it won a rib contest in the Midwest . After its fateful victory, the now-famous brand decided to go commercial and ultimately developed a suite of sauces, expanding from its classic original barbecue to variations that include a Hawaiian flavor, Sweet & Spicy, Maple, Hickory & Brown Sugar, and more. The sauceâs moniker is a hat tip to the creatorâs little brother who was nicknamed Sweet Baby Ray, and aptly so. The collection of sauces range in flavor, but there is a definite sweetness to each. However, thereâs one Sweet Baby Rayâs barbecue sauce whose taste rises to the top, head and shoulders above the rest but never seems to get the love it deserves. In fact, this sauce is probably the most underrated in the Sweet Baby Ray collection. Which one is it?

Sweet Baby Rays Got Its Start In A Barbecue Sauce Competition

Larry Raymond was a young Chicago restaurateur before he was a barbecue sauce inventor. He did, however, have a family recipe for sweet and tangy barbecue sauce that he tinkered with starting around 1982, according to the Chicago Tribune. He had properly adjusted the recipe enough by 1985 that he decided to enter it into a local barbecue competition called the Mike Royko Rib-off. Sweet Baby Rays company history notes that the competition was at the time the largest rib cook-off in the country.

Raymond landed in second place out of 700 contestants. A second place finish was more than enough. After all, the Rib-off had a reputation for crowning future barbecue stars. It was started by a popular Chicago columnist named Mike Royko, and in the first year of the competition in 1982, the winner out of 400 participants was Charlie Robinson. Robinson would go on to start a beloved barbecue chain of his own and sell a branded sauce within a year of winning, according to the Wisconsin State Journal.

Raymond found similarly quick success after being in the Mike Royko Rib-off. Sweet Baby Rays barbecue sauce was incorporated by Larry, his brother Dave, and a childhood friend named Mike OBrien a year after coming in second place.

Mustard bbq sauces are sweet and tangy. The brown sugar makes it sweet and the mustard and vinegar creates the tang. This sauce is slightly spicy due to the cayenne pepper. You can add less cayenne pepper if you dont want as much heat.

How To Make Vegan Barbecue Sauce At Home

NB: if you are feeling lazy to visit your nearest grocery store to buy a bottle of barbecue sauce then you can always try this recipe. Its very easy to make and it takes a short time to prepare. 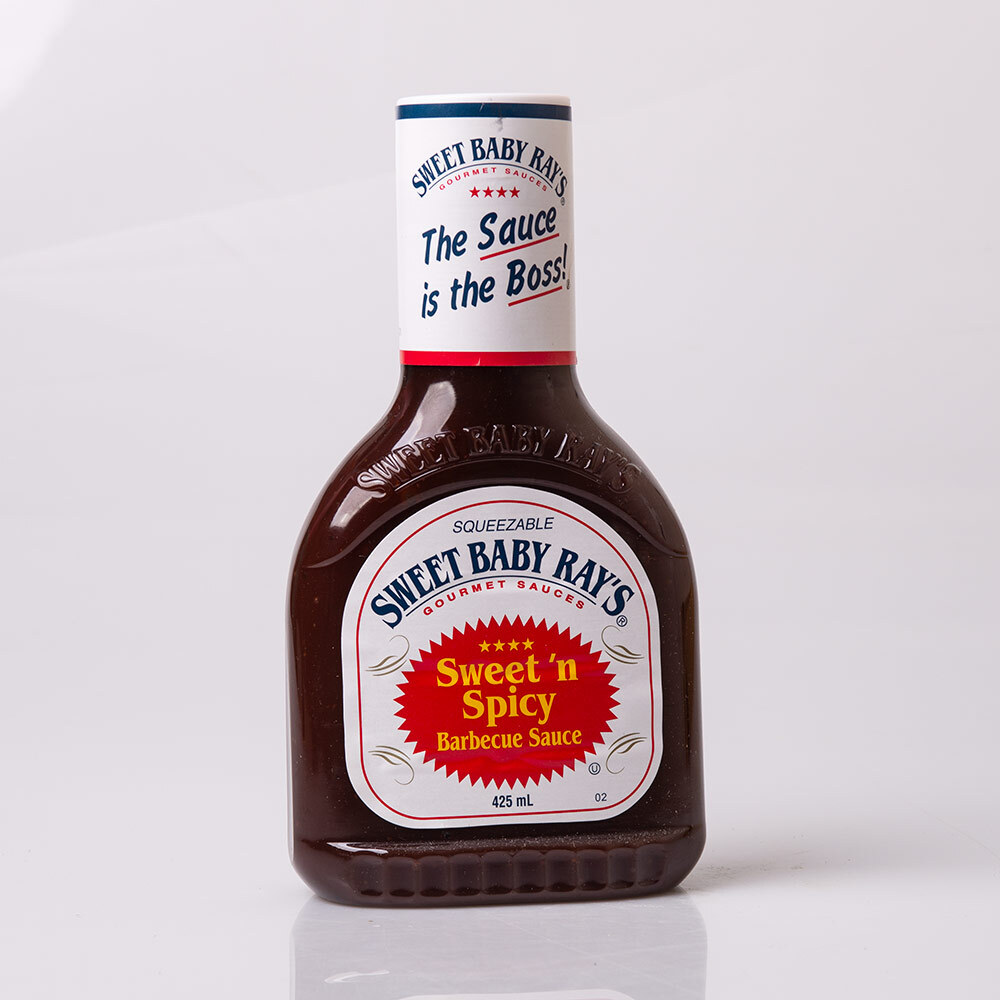 These 3 sauces come together to make the most amazing sauce for your chicken. The sauce is sweet, with a tangy note and a bit of heat. You can adjust the amount of each sauce to your liking.

Subscribe.derbytelegraph.co.uk is an open platform for users to share their favorite wallpapers, By downloading this wallpaper, you agree to our Terms Of Use and Privacy Policy. This image is for personal desktop wallpaper use only, if you are the author and find this image is shared without your permission, DMCA report please Contact Us

It takes 20 minutes to make it on stove top. Use a non-stick pot so you dont burn your barbecue sauce. Combine all the ingredients, Little Smokies, Barbecue Sauce, Grape Jelly, Garlic Powder and Cayenne Pepper.

Combine all the ingredients in a sauce pan and simmer.

Thats it! Bring it to a boil, then lower heat and simmer for 15 to 20 minutes. Its time to enjoy it!

What Can You Add To Sweet Baby Rays

. Correspondingly, what can I add to barbecue sauce?

Onion powder, cumin, garlic, peppers: these are all go-to flavors for amping up the flavor profile of a too-bland, too-generic barbecue sauce. My two personal favorite ingredients to add are Worcestershire sauce and plain yellow mustard.

Beside this, does Sweet Baby Rays need refrigeration?

After opening, we suggest keeping the sauce for no longer than 4 months. Always refrigerate sauce after it is opened.

Rays No Sugar Added sauces appeal to those seeking choices that fully deliver on flavor while fitting their lifestyle and dietary preferences for no added sugar. The new flavors join the existing Rays No Sugar Added lineup that includes Original and Hickory.

How To Make Your Own Sweet Baby Rays Bbq Sauce 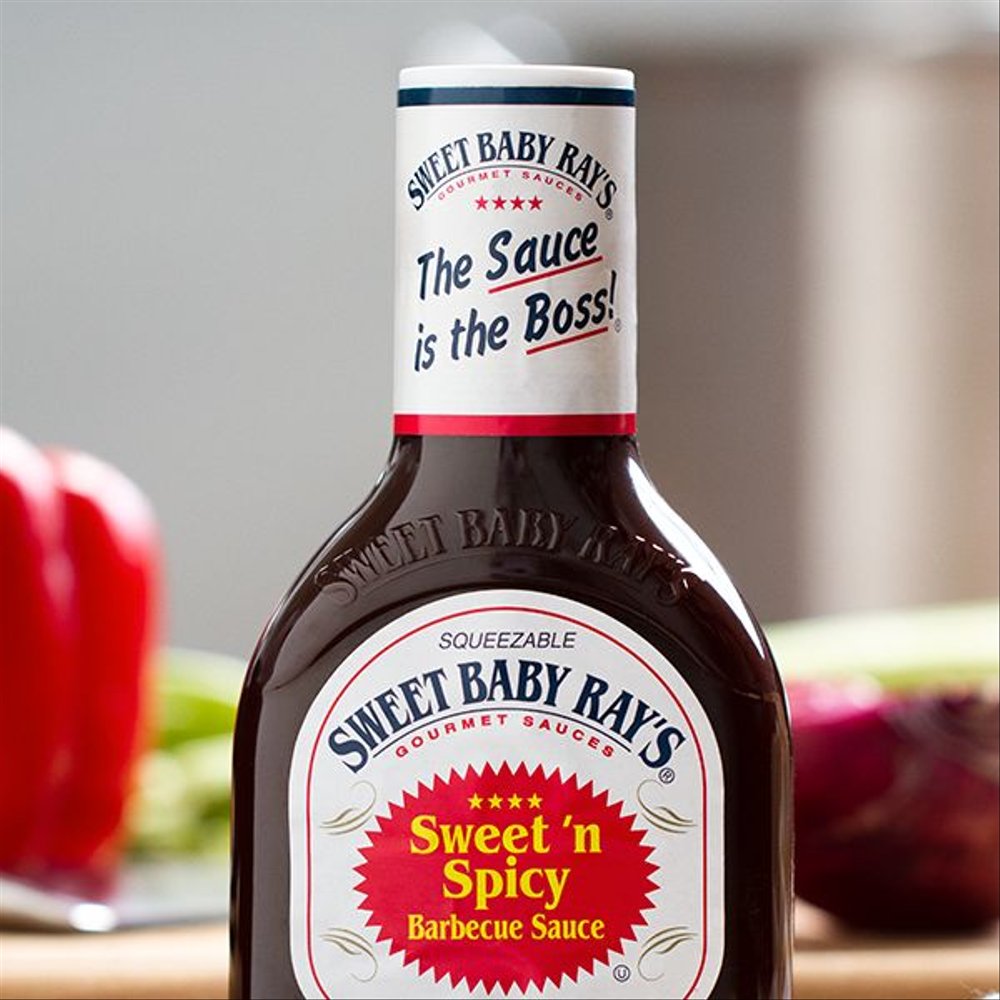 So many barbecue sauces that brag about being fiery hot only have one dimension and cant bring anything to the table beyond the overbearing heat. Kinders EXXXtra Hot BBQ Sauce is the exception. Yes, the crushed red peppers and the habanero peppers catch your attention but you will still be able to detect the brown sugar and hickory smoke. From fish tacos to hamburgers, this is the barbecue sauce to reach for when you want that kick.

Kinders history dates back to 1946 and three generations of family knowledge is used to create this spectacularly spicy yet balanced sauce.

The original Sweet Baby Rays recipe is well known for its sweetness. Some on Reddit have gone so far as to say that, Its just sweet and thats it, no flavor besides that.Others on Reddit have compared it to corn syrup. According to the Chicago Tribune, Larry intentionally made it sweet to match with the name that had already been chosen, and because other chefs had recommended to do so. Still, theres a little kick of spice in there, too, and that originally came from McIlhennys Tabasco from Avery Island, Louisiana.

It is a unique blend of sweet, hot, and smoke designed to complement food flavor and not dominate it, Dave Raymond told the Chicago Tribune. Used straight from the fridge it is spicier, but milder when heated. The addition of Tabasco gives a little acidity from the vinegar and a mid-level spicy heat from the Capsicum frutescens peppers. Other sauces use bell peppers, curry powder or cayenne red pepper, which are cheaper ingredients without the same bite, Raymond said.

There is only one product in their lineup that contains dairy, their Sweet Red Chili Wing Sauce. Its best to avoid this variety if youre following a dairy-free diet.

Also Check: How Do You Remove Tomato Sauce Stains From Clothes

You can avoid ingredients that may not be good for you, like artificial colors and preservatives, and its also really helpful for people with food allergies or sensitivities. On top of all that, youll save money by making your own sauce!

Now dont get me wrong, we like Original Sweet Baby Rays Barbecue Sauce around here. There are often coupons and sales on for Sweet Baby Rays too so I can get it at a good price. However, it contains high fructose corn syrup, artificial coloring, and a preservative. I definitely ingest my fair share of such ingredients, but its is nice to reduce or avoid them when I can.

Sweet Baby Rays Took Its Name From A Basketball Nickname

Theres a story behind every beloved product name. Sometimes that story is manufactured, other times the name has an endearing history. In the case of Sweet Baby Rays, the name came before there was even an inkling of starting a barbecue sauce company, Dave Raymond told the Chicago Tribune in 1990.

According to legend, Daves brother Larry, named the sauce in honor of Daves childhood nickname, Baby Ray. Dave earned the nickname while playing basketball on Chicagos west side as a kid. In a short documentary, Dave Raymond said that he grew up in a place where you had to either kinda be in a gang or play sports to go out, and basketball was a big part of his life. His brother was called Ray , so the younger Dave became Baby Ray.

One day, he told the documentarians, Daves team was playing a bigger and older team. He made a fancy move during shooting drills, and one of the guys said, Hey, thats sweet, Baby Ray. That stuck, and it eventually lost the pause between sweet and Baby Ray. Larry went with the nickname when he entered the familys barbecue sauce into the Mike Royko Rib-off, and the rest is history. Since the early days of the company, Dave has been the face of the brand thats named after him.

What is the most popular thing to add to meats cooked outdoors?

Its true, the most popular thing to add to the plethora of meats cooked outdoors is BBQ sauce. If you had guessed ketchup, believe it or not, you would be wrong.

A writer at My Recipes called the mustard variety her “personal favorite for ribs and grilled chicken breasts” while an who gave it five stars called the sauce “underrated” and “hands down the best sauce from sweet baby rays.” In April 2020, comedic Youtube food reviewers Number Six with Cheese put six of the Sweet Baby Ray’s barbecue sauces to a taste test. When it came time to declare their favorite, viewers saw both gentlemen reach for the Sweet Golden Mustard barbecue sauce. While it may not be tracking with all the popularity points the original barbecue sauce has racked up, Sweet Baby Ray’s Sweet Golden Mustard barbecue sauce is worth seeking out and trying the next time you make pulled pork sandwiches or want to jazz-up your chicken.